And what these secrets can do for you!

Today we will talk about my opinions and thoughts of Holly Willoughby and her weight loss.

You won’t believe the nice words that are coming in for her hard work.

“Wow look at your amazing figure u look absolutely stunning.”

If you do not know who Holly Willoughby is, she is a presenter on the television show This Morning.

She is also a dancer on the much-loved reality show Dancing on Ice.

And if you haven’t seen how amazing she looks, check it out here….

Holly Willoughby has always been a beautiful woman.

She started as a model before moving into television presenting, where she became a national sensation.

Perhaps her motivation comes from a desire to be the best mom she can be, after all she is the mother of three lovely children!

On the television show Lorraine, she stated that her kids were older now.

She realized she had a little more time to herself.

She was able to devote more time to herself and be happy and healthy!

Trainer Lynne Robinson of the London-based Body Control Pilates studio stated that Holly had worked with her for several months after having her baby.

She came to Holly’s home once per month to teach her postnatal mat work techniques that worked to strengthen and tone the core.

As a result of doing these exercises, the waist is trimmed down, and the stomach becomes flat.

Holly is a fit mom with a cool fitness secret-she is doing kickboxing to stay in shape.

Kickboxing burns 500 to 600 calories per HOUR.  Just one hour a day and that many calories? Wow.

Imagine doing this for one hour a day, five to six days per week…and eating clean…

Others say that it is Pilates that got Holly the amazing figure she has today.

Others have been hoping there will be a fitness DVD…

Because so many others want a body just like Holly Willoughby’s! 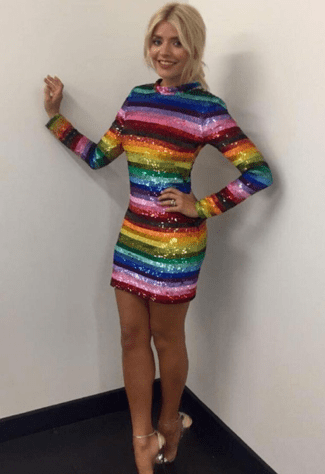 Holly’s day by day nutrition plan has been revealed and it is a plan that everyone can follow.

She has been making outfit posts each and every day that show off her newly gained sense of style-which she attributes to having mostly vegetables in her daily diet.

Holly likes to eat fish, and chicken of course.

She watches her carbs and tries to stay away from the bad stuff…and she’s really doing a great job.

Holly looks fantastic, as referenced by the gorgeous dresses and fashions she’s been pulling off lately.

What Does Holly Willoughby Eat?

Holly herself explains that she doesn’t like to talk about her diet and exercise regimens in too much detail.

She does not want to encourage eating disorders, says the television star.

Holly Willoughby does kickboxing one hour per day to stay fit and trim.

Reports indicate that Holly even has a kickboxing bag in her spare room so that she can work out at home.

You are probably wondering the same thing a lot of us are…Does this fitness plan work?

The answer is yes!

You can expect to burn around 500 to 600 calories doing boxercise.

But, it depends on your individual fitness level.

In my opinion, this is a very trying and hard workout, but it is a lot of fun.

You have to really commit to it and commit to eating the right foods.

Your arms, abs and shoulders will be trained, and you will also do squats and lunges, too.

Rumor has it she also does Pilates, which is a great way to tone, and a very low impact workout.

So, can YOU do it? Can you commit to one hour of kickboxing?

I challenge you to start today! 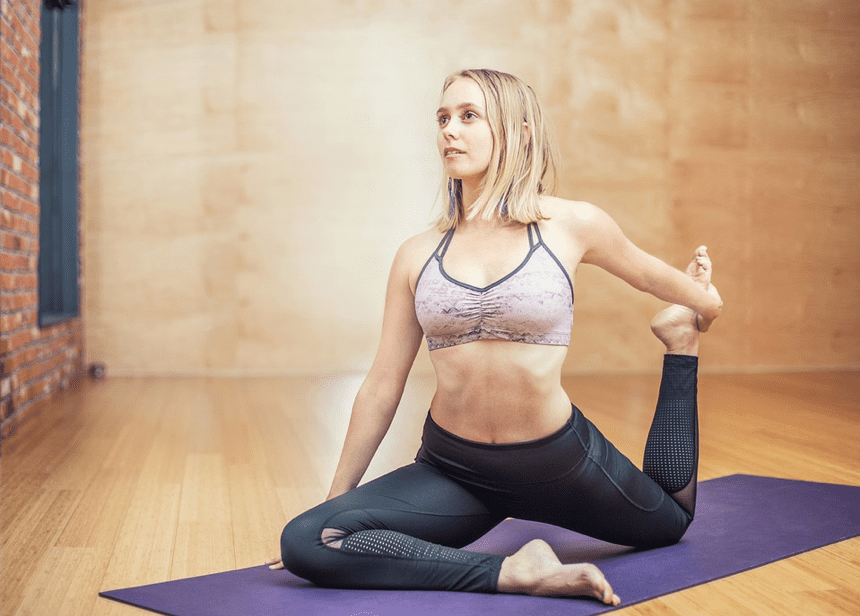 Come on! You can surely do this.

It is only one hour of your time out of 24 hours in a day.

The journey of a thousand miles begins with one single step, and if you can imagine yourself 30 days from now…wow!

It’s just 30 days. All you need to do is eat clean, eat only till you are satisfied, and get that workout in.

I promise you’ll thank me as well as Holly Wellington for the great workout and eating ideas.